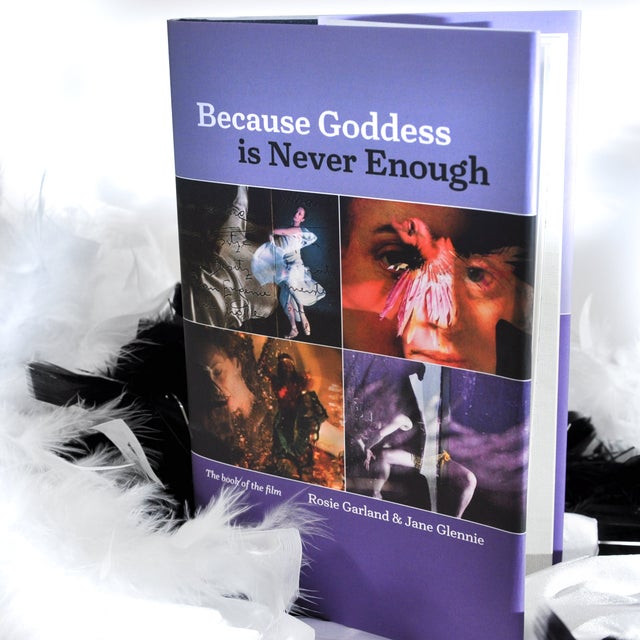 Because Goddess is Never Enough

This book, and the film it grew out of, is a collaboration between Jane Glennie and writer/performer Rosie Garland. They ask questions about biographies of women who fall into the footnotes, lost from history as so many women's stories are, and discover hope in reclaiming her-stories.

Tilly Losch was an Austrian dancer who lived and worked with prominent and cutting-edge choreographers and artists in the UK and the US, from the West End to Hollywood. She was also a choreographer in her own right, and later turned to painting.

Through images and poetry Glennie and Garland explore the elusive and fragmentary nature of Tilly's life, evoking the spirit of the 1920s-40s when she was at the peak of her fame.

'Because Goddess is never enough' is about self-worth and the credibility of creative women - Losch was someone who was at times exploited yet determined to maintain a path of her own making despite the obstacles that were very present in her era.

Glennie and Garland consider the complexity of female identity both then and now. Highlighting how far women have come in 90 years, and yet how far they still have to go to get recognition and true independence.